Shell is the essential tool for every programmer. The more familiar you become with the available tools, the more efficient you can be with using your computer. Here's a list of command-line tools written in Rust that aim to provide modern, often much faster, alternatives to the existing shell commands. 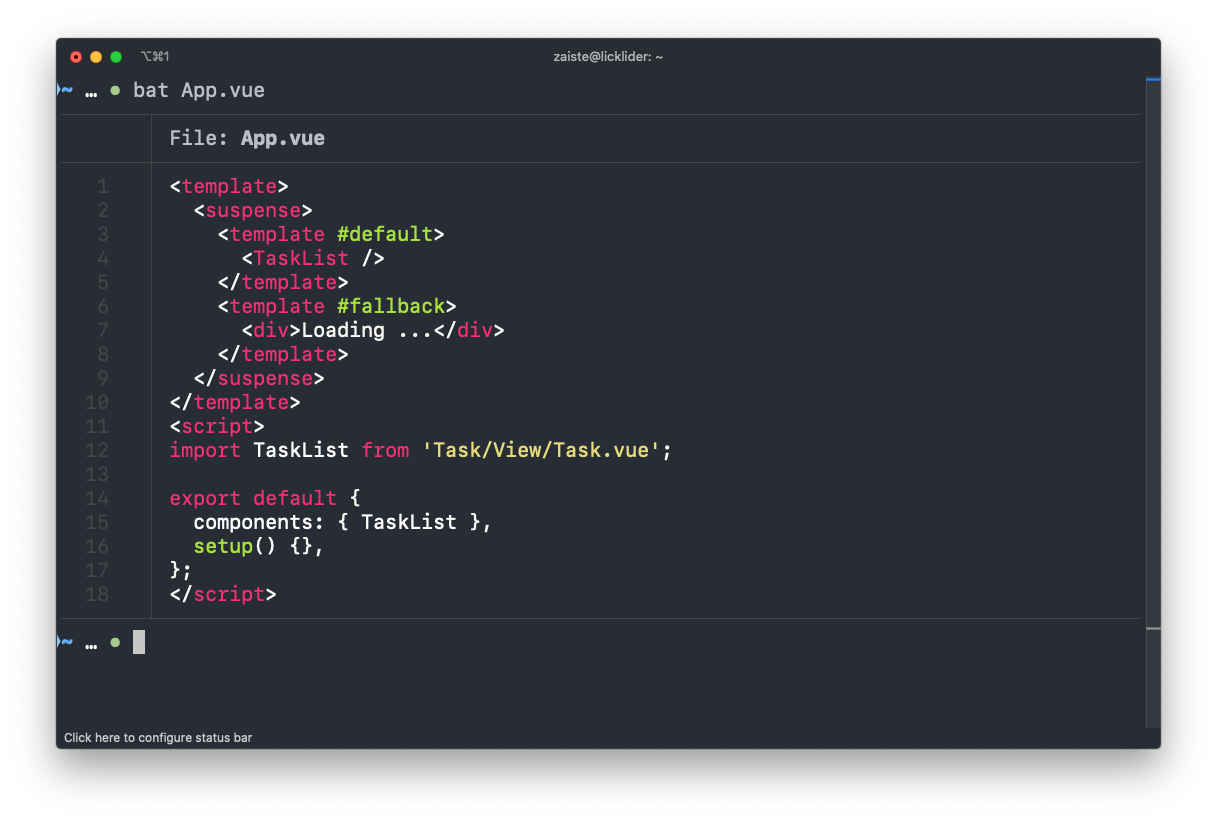 exa is a modern replacement for ls, the default command-line program in Unix/Linux for listing directory contents. exa supports icons with the --icons flag. 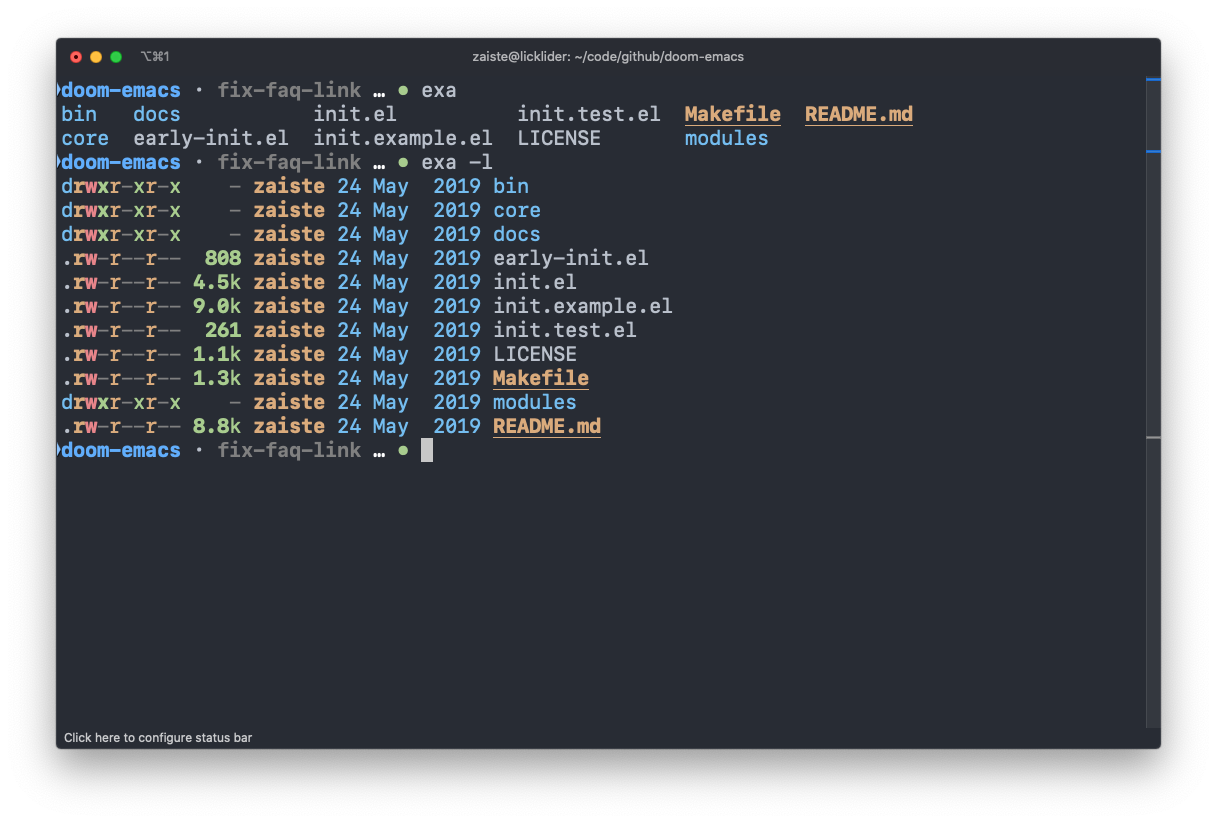 fd is a fast and user-friendly alternative to find, the built-in command-line program in Unix/Linux for walking a file hierarchy. fd provides opinionated defaults for the most common use cases. To find a specific file by name, you write fd PATTERN instead of find -iname ‘*PATTERN*’. fd is also extremely fast and it comes with a ton of options like ignoring hidden directories, files and patterns from .gitignore by default. 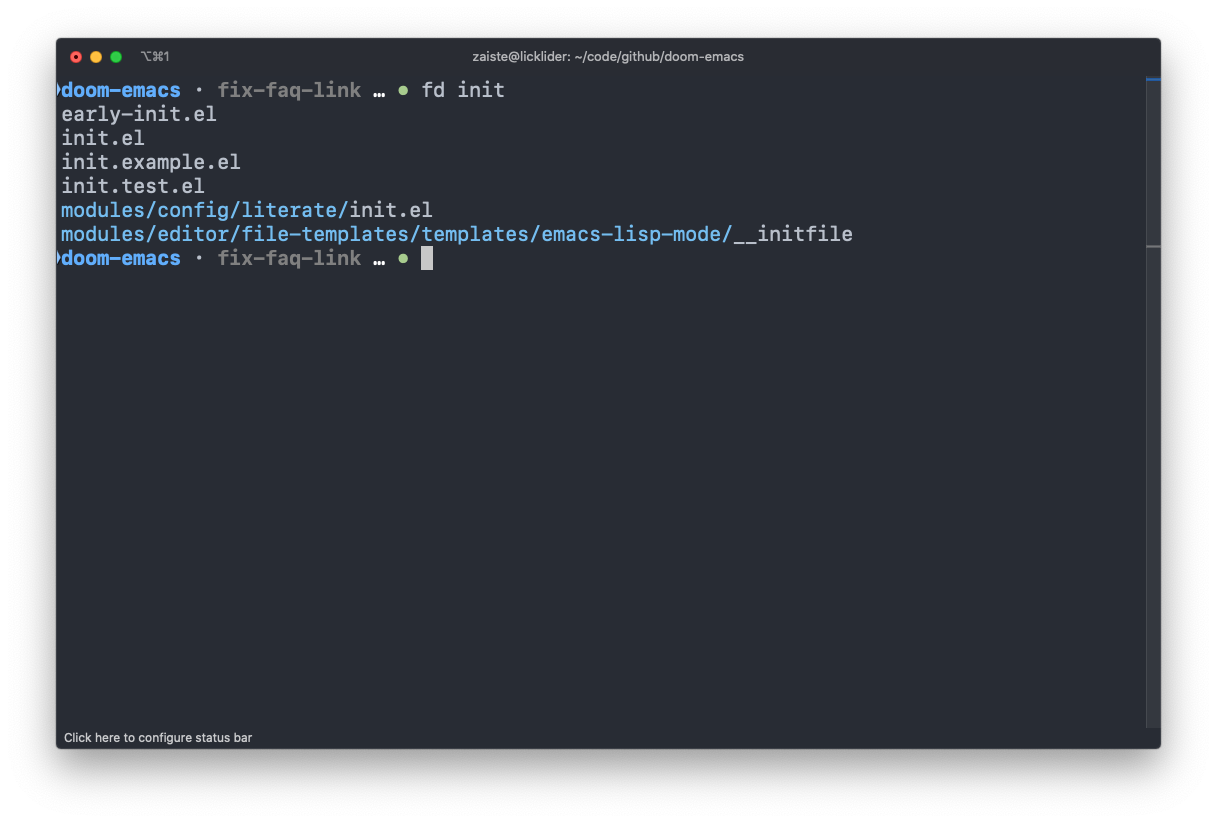 procs is a modern replacement for ps, the default command-line program in Unix/Linux for getting information about processes. It provides convenient, human-readable (and colored) output format by default. 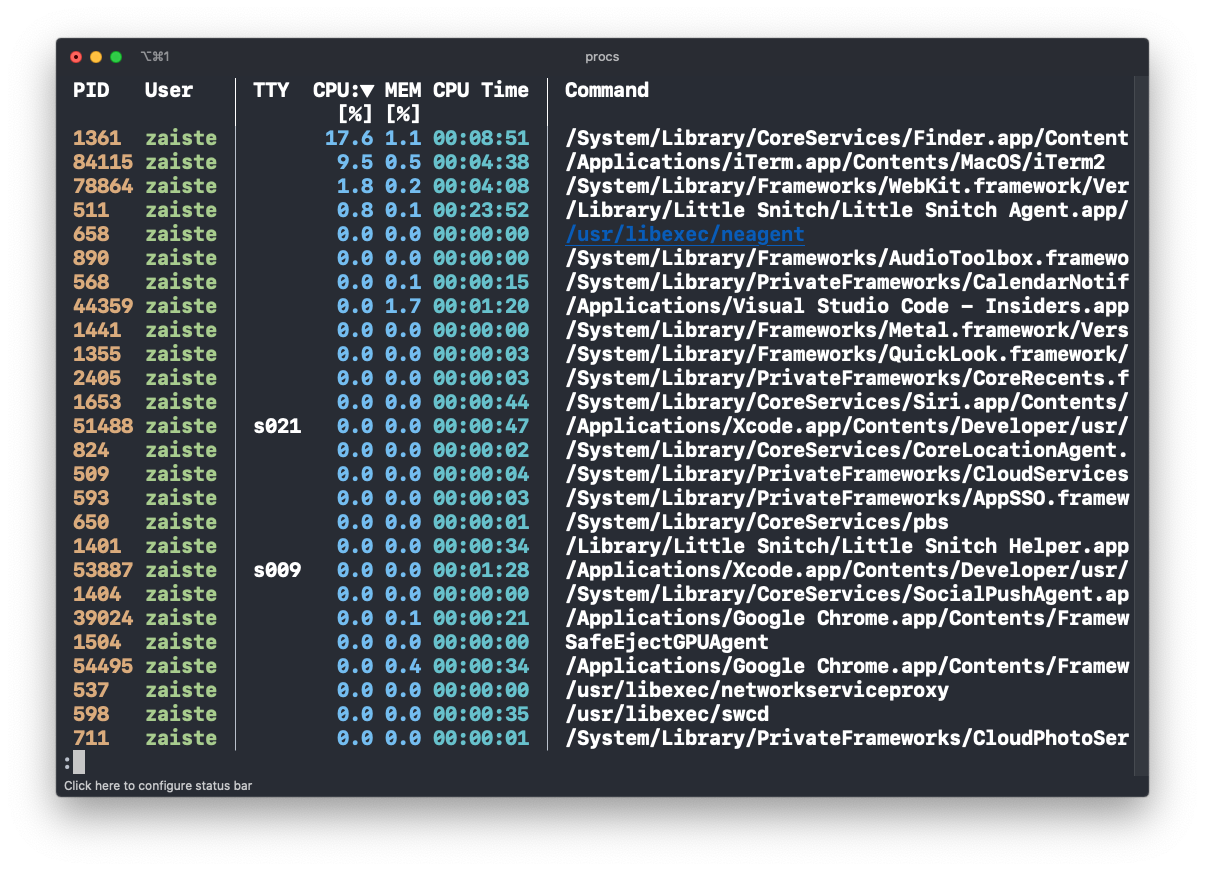 sd is an intuitive find & replace command-line tool, it is an alternative to sed, the built-in command-line program in Unix/Linux for parsing and transforming text (). sd has simpler syntax for replacing all occurrences and it uses the convenient regex syntax that you already know from JavaScript and Python. sd is also 2x-11x faster than sed.

sed is a programmable text editor, with search and replace being a common use case. In that light, sd is more like tr, but on steroids. (thanks /u/oleid for the suggestion). 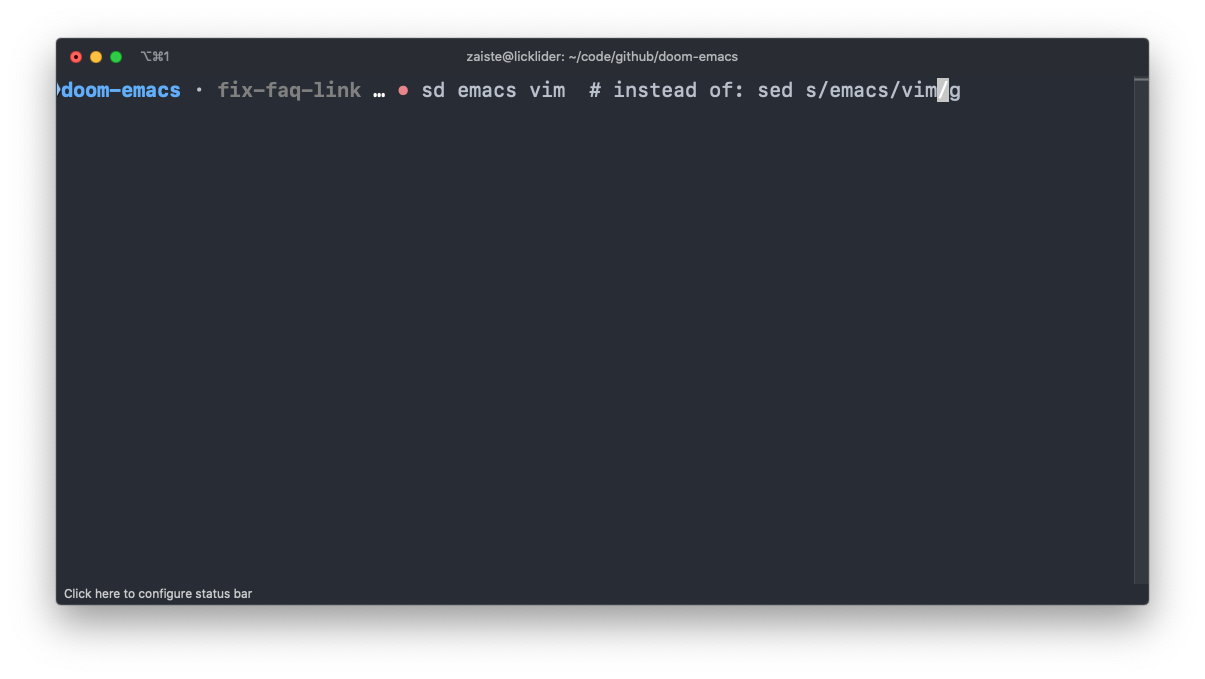 dust is a more intuitive version of du, the built-in command-line program in Unix/Linux for displaying disk usage statistics. By default dust sorts the directories by size. 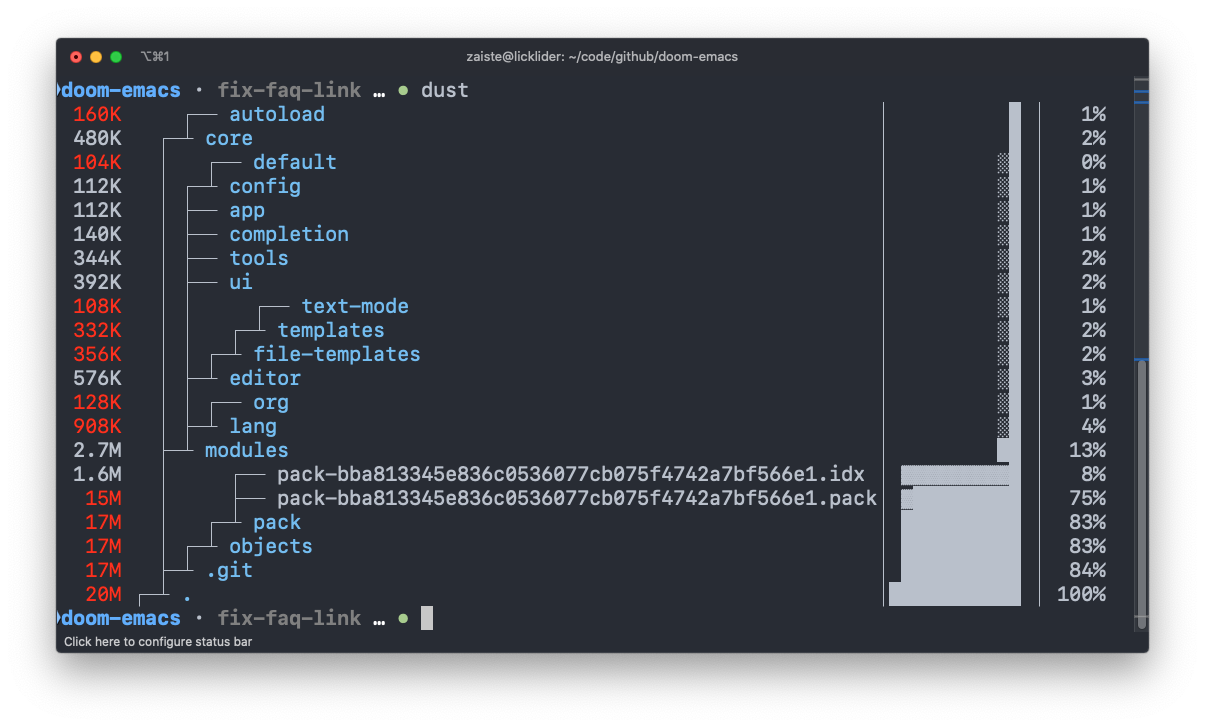 The minimal, blazing-fast, and infinitely customizable prompt for any shell.

ripgrep is an extremely fast alternative to grep, the built-in command-line program in Unix/Linux for searching files by pattern. ripgrep is a line-oriented search tool that recursively searches your current directory for a regex pattern. By default, ripgrep respects .gitignore and automatically skips hidden files, directories and binary files.

tokei is a program that displays statistics about your code. It shows the number of files, total lines within those files and code, comments, and blanks grouped by language. 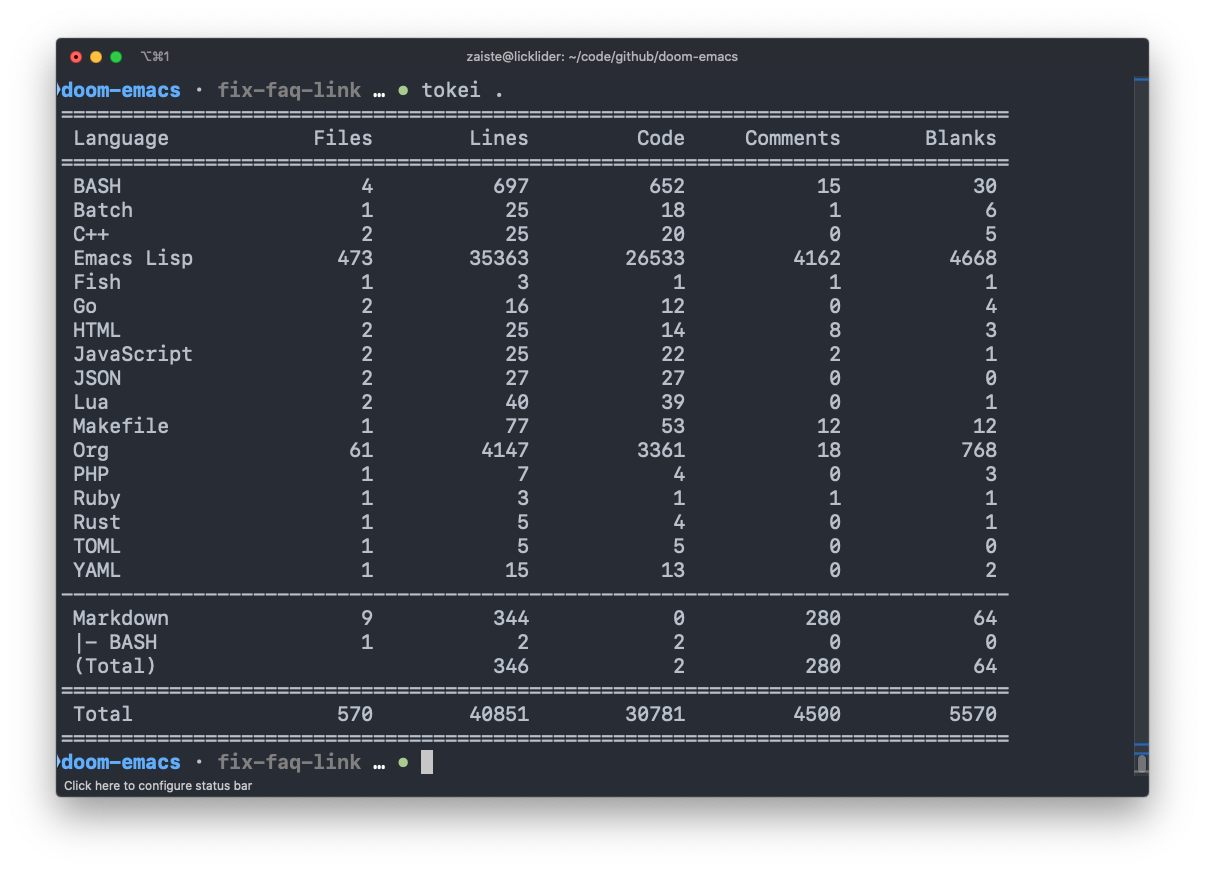 hyperfine is a command-line benchmarking tool. Among many features, it provides statistical analysis across multiple runs, support for arbitrary shell commands, constant feedback about the benchmark progress and current estimates and more.

ytop is an alternative to top, the built-in command-line program in Unix/Linux for displaying information about processes.

tealdeer is a very fast implementation of tldr, a command-line program for displaying simplified, example based and community-driven man pages.

bandwhich is a CLI utility for displaying current network utilization by process, connection and remote IP or hostname.

grex is a command-line tool and library for generating regular expressions from user-provided test cases.

rmesg is a dmesg implementation in Rust (and available as a library for Rust programs to consume kernel message logs.)

zoxide is a blazing fast autojumper, intended to completely replace the cd command. It allows you to change directories without typing out the entire path name.

nushell is a new type of shell, written in Rust. Its goal is to create a modern shell alternative that's still based on the Unix philosophy, but adapted to the current era. It supports piping and filtering in a way similar to awk and sed with a column view so that you can combine operations like in SQL. (thanks /u/matu3ba for the suggestion).

Have I missed an interesting command-line tool? Let me know on Twitter, or submit a PR to this website on GitHub.

Get emails from me about programming & web development. I usually send it once a month